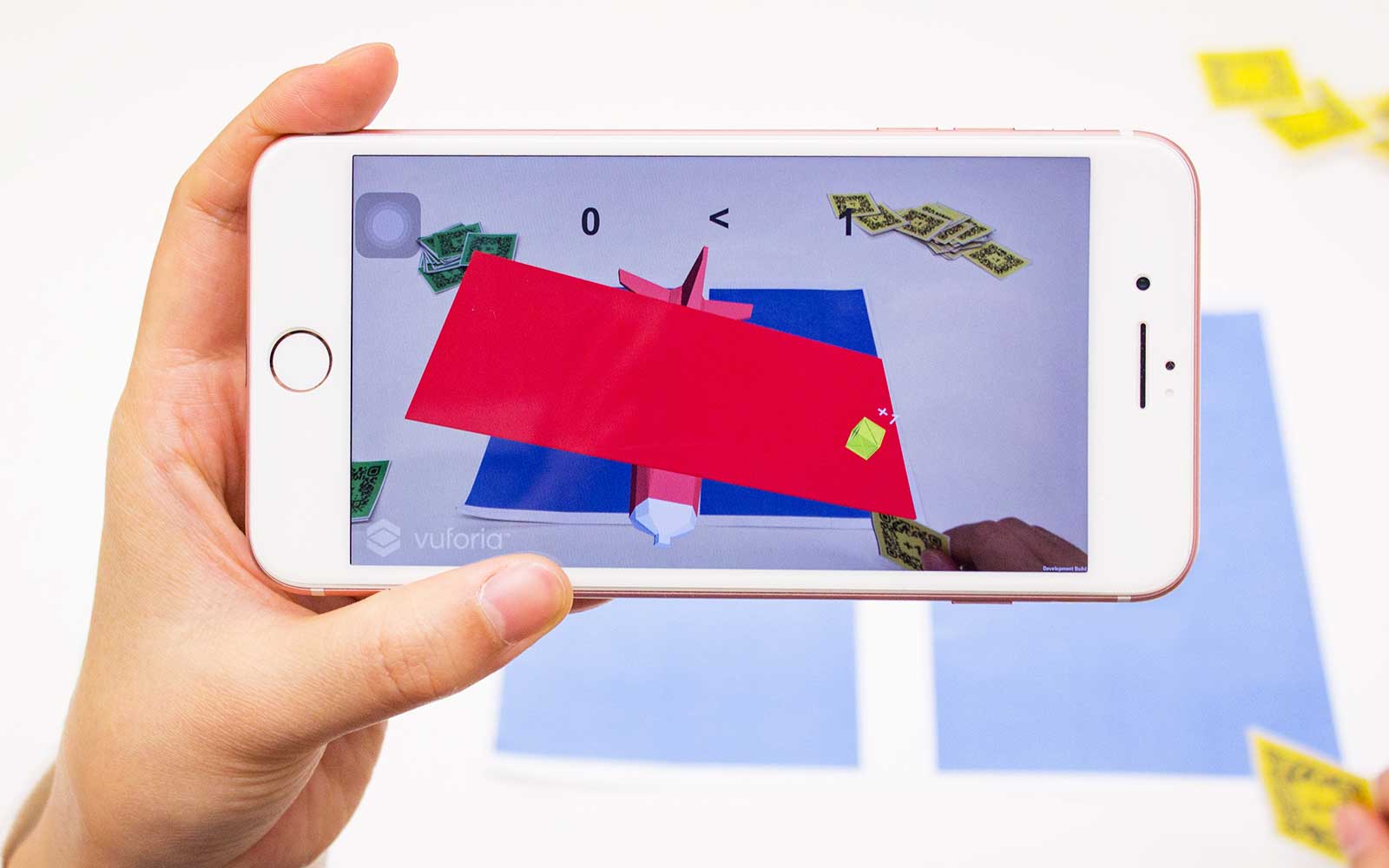 We created an AR math game for middle school students to learn algebra in a tangible way.

Learning algebra is such a pain for middle school students. How can we create a more concrete (as in more tangible or contextualized) learning experience to learn those abstract concepts? 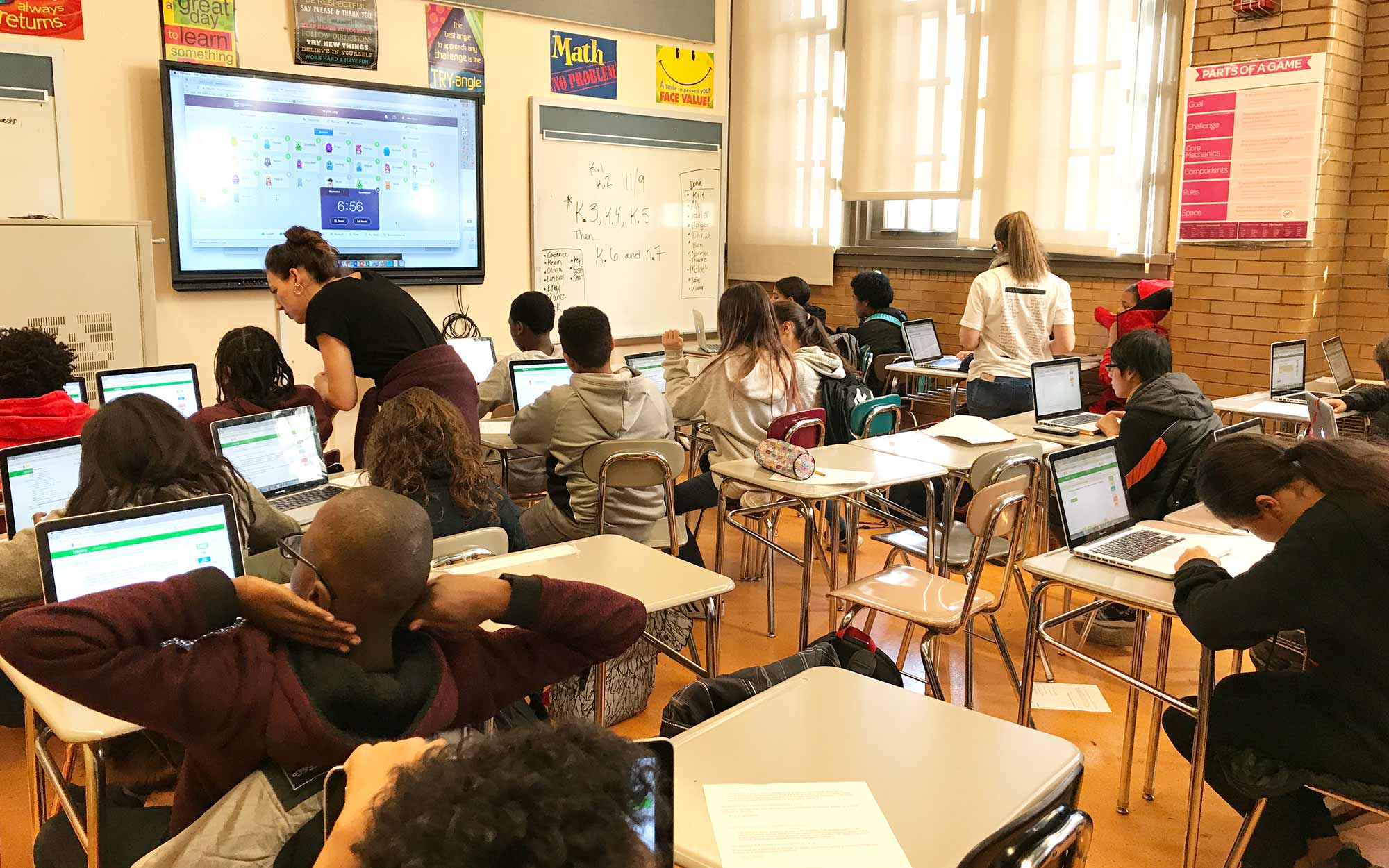 We were a team of 7 people from different backgrounds (e.g., teaching, business, and design). To keep the team rolling, we divided into small groups, and each group took charge of different tasks. One of our biggest challenges was to have everyone agreed on one single concept that we were all keen on. Thankfully, after a 5-hour brainstorming session, this concept was born.

Why concreteness, you might ask. We also asked ourselves the same question. Thus, we reviewed many academic papers to understand the learning affordance of tangible media within the context of math education. Aside from desk research, we also interviewed middle school students and observed a math class in an NYC public school and on the street.

After an initial discussion around tangible technologies in education, AR technology rose to the surface due to its affordance of situated learning. Given the digital overlay, it can give more context about the learning subject and can scaffold the experience through progressive disclosure. I then led a design thinking workshop for my team to brainstorm applications around AR in the context of math classrooms. After rounds of debates, we came up with MathHeroes, inspired by a learning tool called Balance Beans (which uses physics to represent the notion of equilibrium). 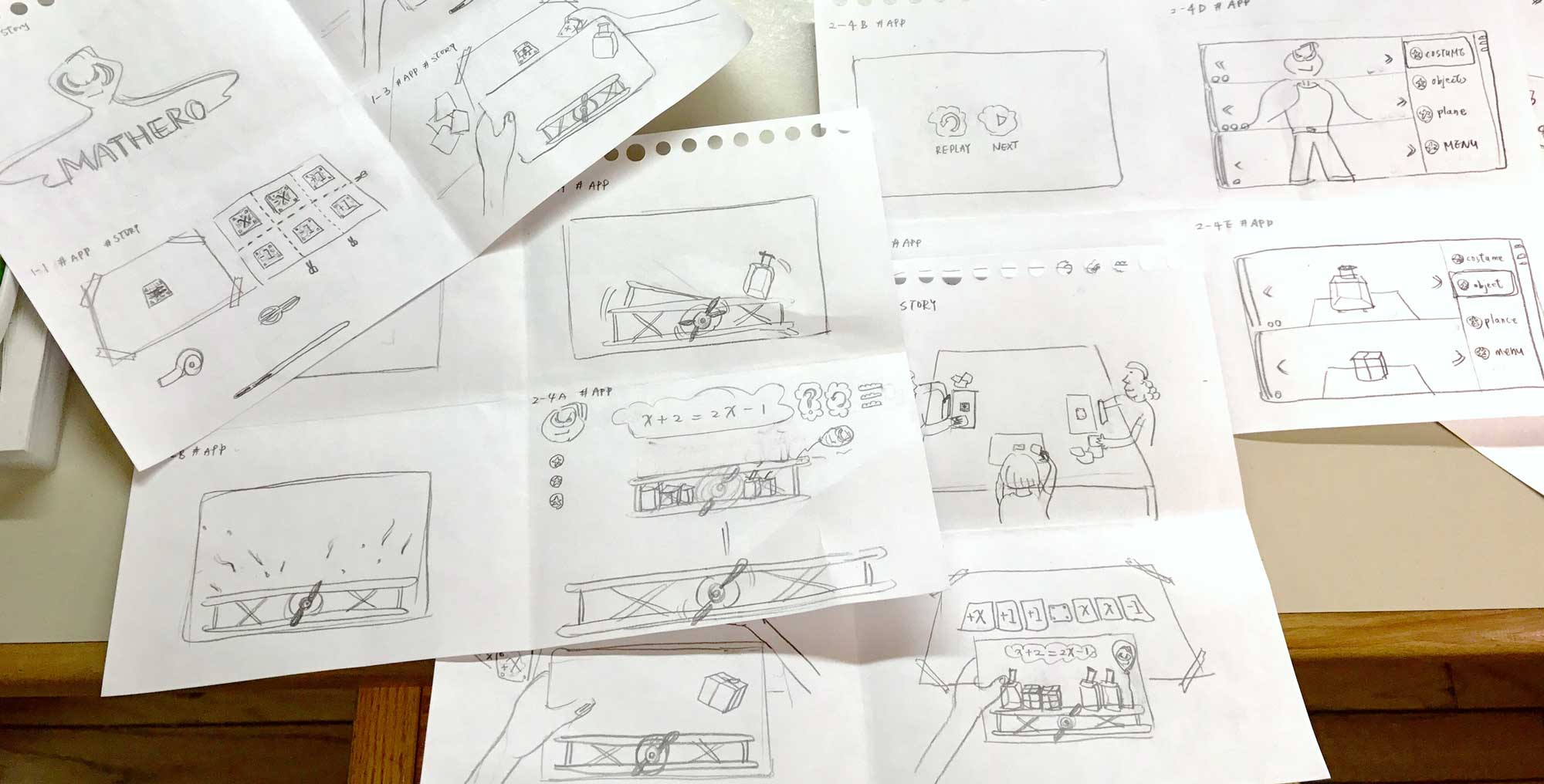 I drew these storyboards (in the middle of the night) to convey the user scenarios of the product.

While playing with some tangible objects, the team lead and I brainstormed the visual representations for elements in equations.
‍
We ended up exploring airplane, box, balloon, to represent equation, positive and negative numbers respectively and prototyped an AR app, thanks to many sleepless night of the team lead. 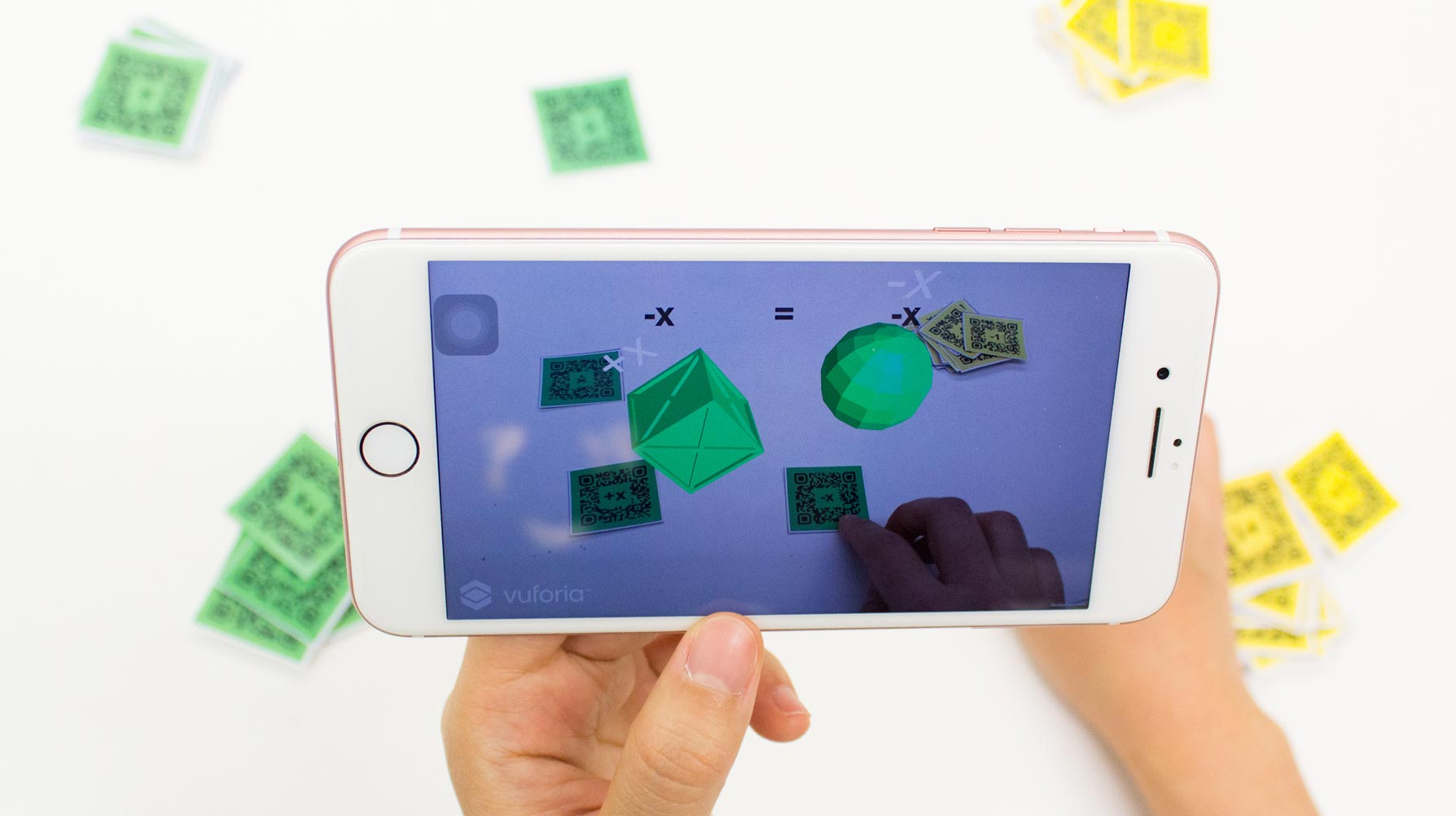 Fun Things about This Project

Working with people from various backgrounds was the coolest thing in the project. For example, I never thought the interview technique could be so strategic that even handshaking, eye contacts, and facial expressions all incentivize interviewees about something. Thanks to my teammate from Columbia Business school, I learned to reduce biases when interviewing people.

I wish I could put more effort into this project, although this was my first semester studying abroad and that I had 12-credit courses plus 1 part-time job to handle. I appreciate every teammate’s input of this project. 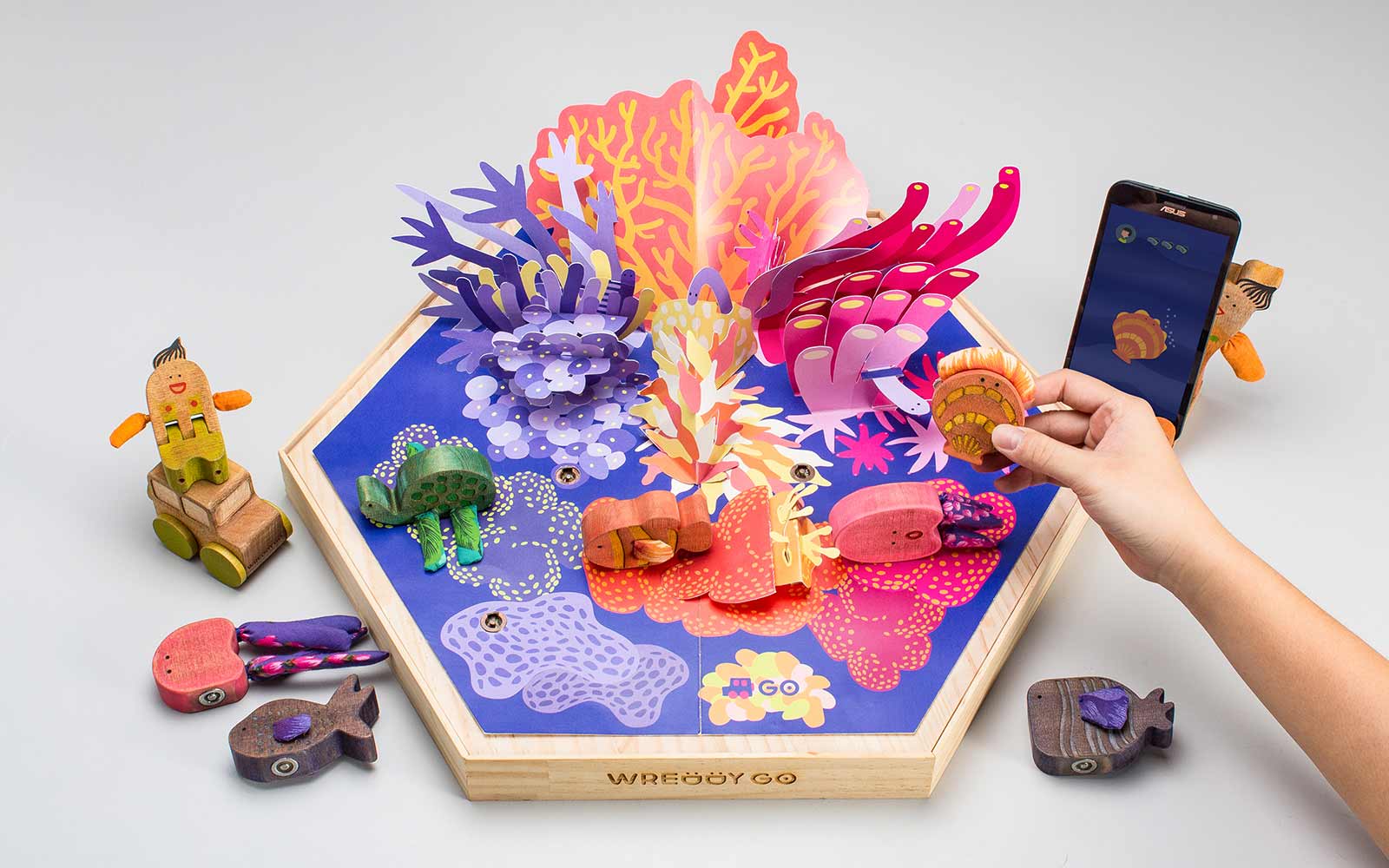 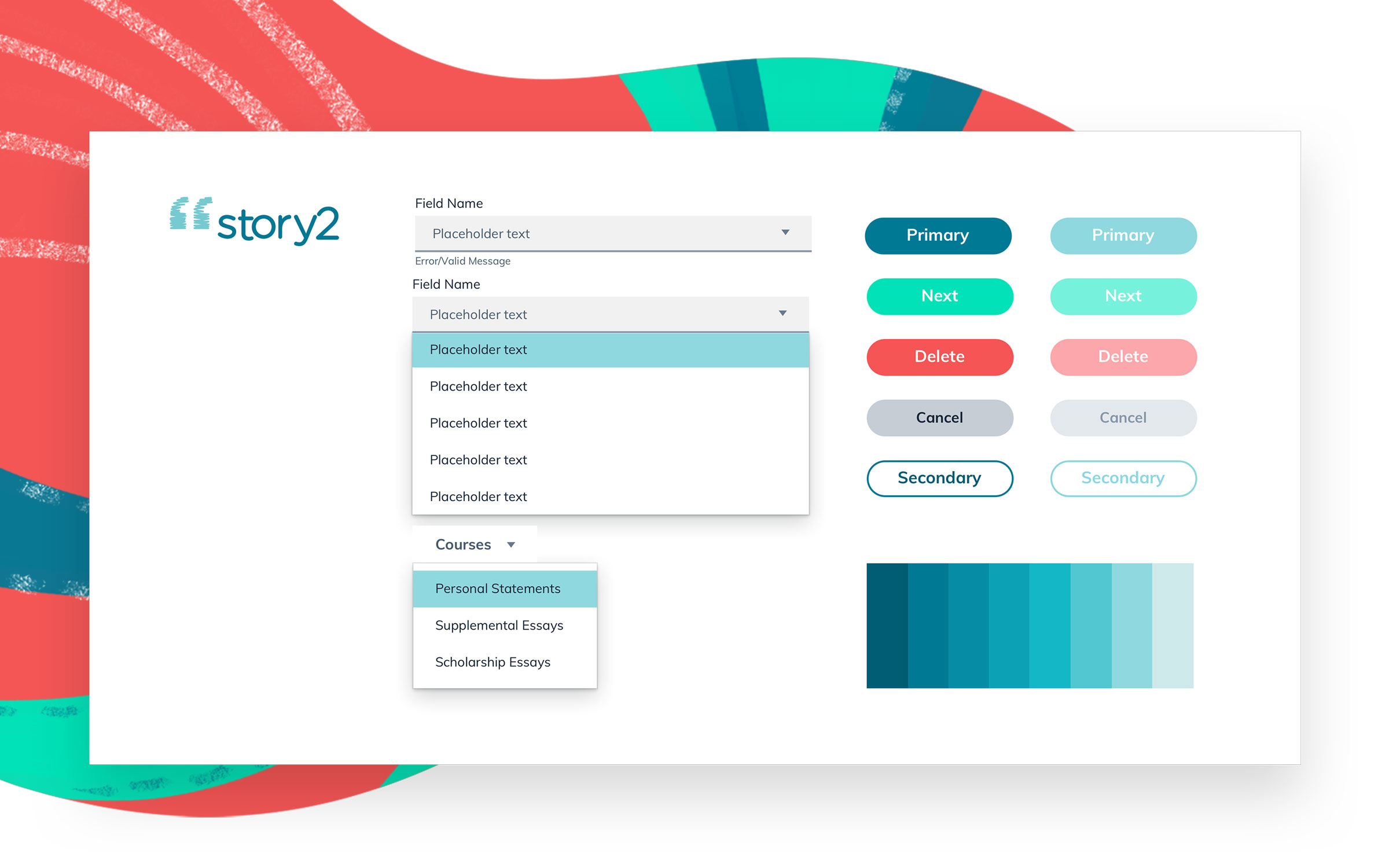